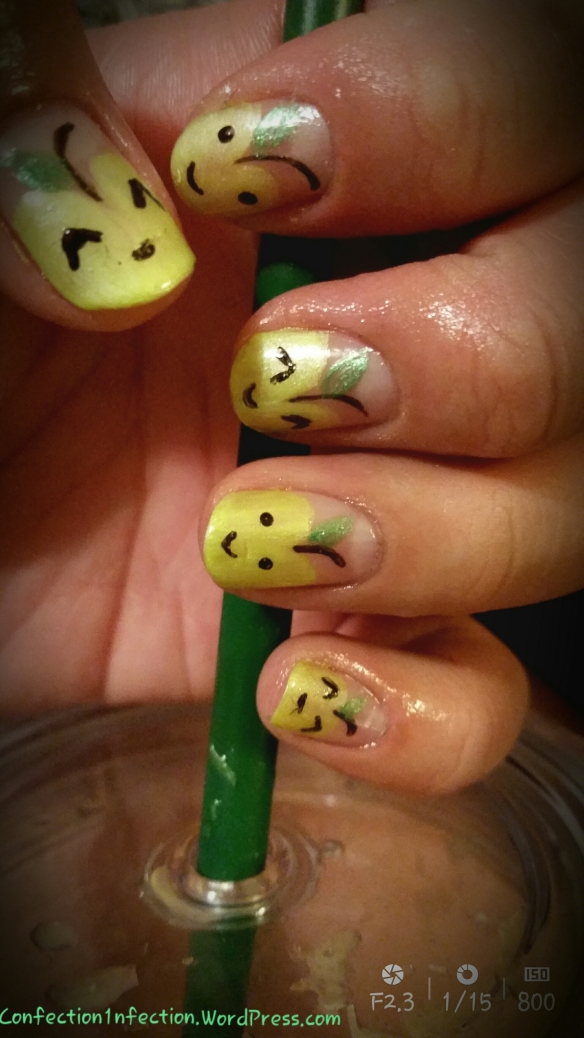 Hello everyone! I’ve been MIA again when it was nearing my birthday and is also my nephew’s (March 6). I’ll have to make a post of everything I got relating to my blog! I hope everyone’s been good! I’ve been saying I wasn’t gonna go away and I always do  so before I “come back” I figured I’d post a recent nail design I did (: 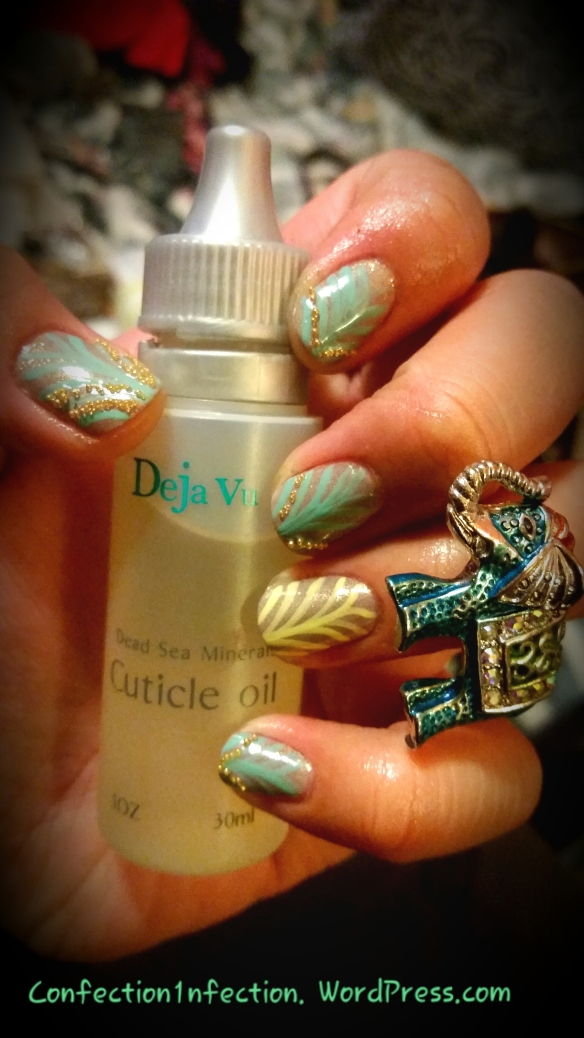 Hello bloggesphere! It’s been super cold, snowy and icy here in VA so I’ve been doing nothing but nails and then taking it all off (Damn, I’m sorry cuticles /:).

I’ve used nail pearls for this and yes, it sucked! I’m sure they won’t last long but I’ll enjoy the hour or two I have until they break off lol 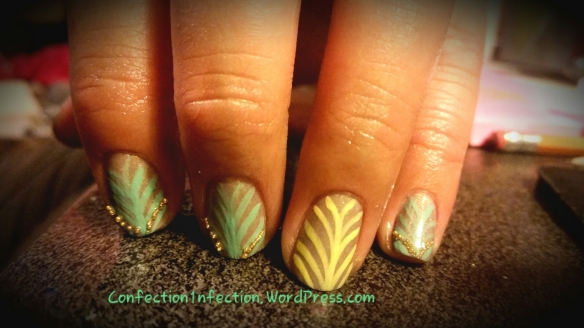 Base –  Sinful Shine in “Prosecco”

Since Saved by the Bell is on Netflix, I’ve been extremely elated. I’ve decided today was a 90’s theme intro related type of Tuesday! Oh how I love the 90’s. I’m a 91′ baby but I still grew up in the era!

I got tired of normal tentacle designs so I took matters into my own hands. If you guys didn’t know about my love for cephalopods, now you know! 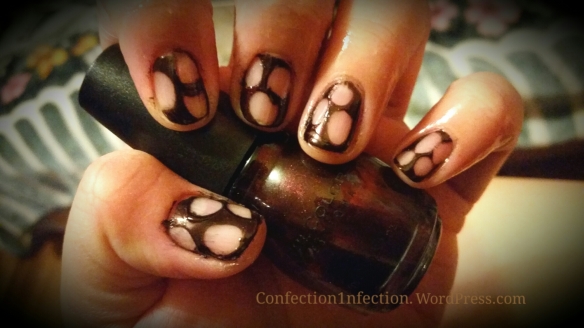 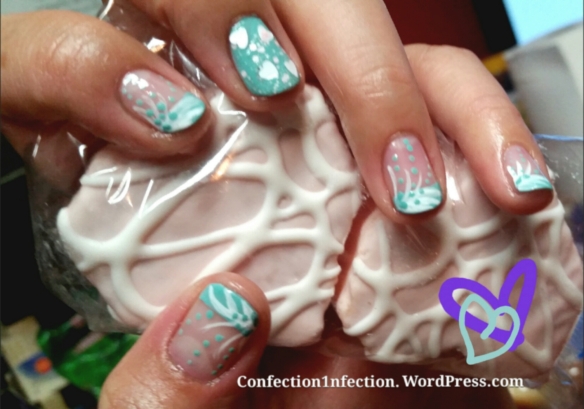 It’s that time of the year again where we rush last minute to show our love for one another/vomit at the site of people swallowing each other’s faces! Here is my spin on V-Day. I wanted to do something different than the usual pinks and reds… And yes, that is a Valentine’s snack cake and yes, I ate it after this o_o

Base: Sinful Colors in “Nice Stems”

I hope everyone is enjoying the beginning of their year so far! Enjoy single awareness month/V-Day everyone!

I’ve posted a pic in my Christmas post of my ninjette. These graphics are more geared towards the special edition 300 since mine is just white lol.

I can’t wait for riding season!

After the holidays although broke, I’ve been scrounging around for deals. While in Kmart, I noticed more and more yellow stickers as I was breezing through the aisles and made multiple stops. I’ve never noticed before how many markdowns on cosmetics they do!
Care to take a gander?

I’m not going to lie, I don’t use expensive primer at all. I actually use elf’s eyelid primer but the nude colored one which is the only kind I’ve seen until now. Maybe I’m blind? I’ve never seen it in pearl before.

Here you see the difference between the two. All in all, the original is my favorite due to the fact that it’s matte. The problem with the pearl is that it’s shiny and glittery like an eyeshadow and it took me a twice build up to cover it. It works though, you just have to work with it.

I’ve never used a liquid tint or blush before and the price took me in. 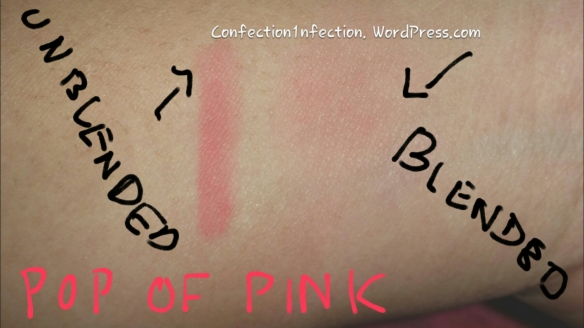 Above you can see it blended and unblended on my forearm. It took a twice build up to get it to really show much color  but it doesn’t take much. It goes on smoothly and blends on the skin perfectly and looks very natural.

Rimmel Show Off Lip Lacquer in “Stargazer”  and “Solstice”-$1.49 each

Generally, I’m not much of a shimmery lip product person but the price for me was worth a shot to see if I could actually find something gleaming I’d like. 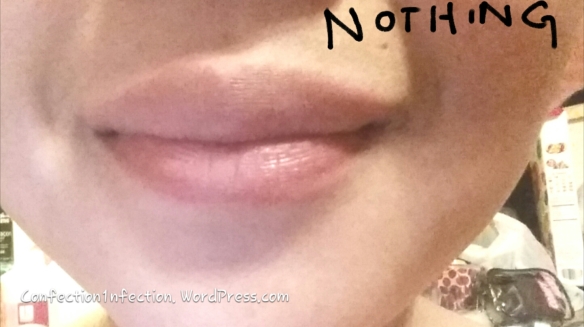 I had to post this so ya’ll could see my natural no flash skin tone and lip color.For some reason with flash, I end up multiple shades darker. 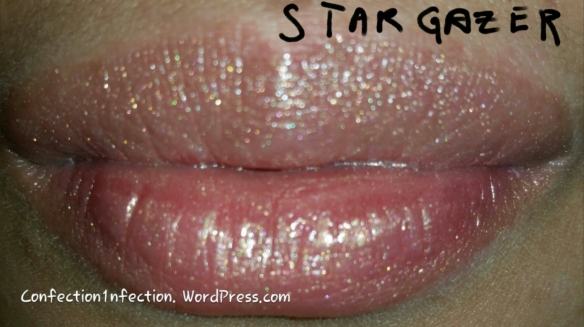 The” Stargazer” added a champagne/taupe tint and “Solstice”  pulled my undertones for a deeper red. The shimmer surprisingly is pretty muted and the application was pretty smooth. One thing I absolutely hate about certain products is when they do that weird, cake like rolling and this doesn’t thankfully! 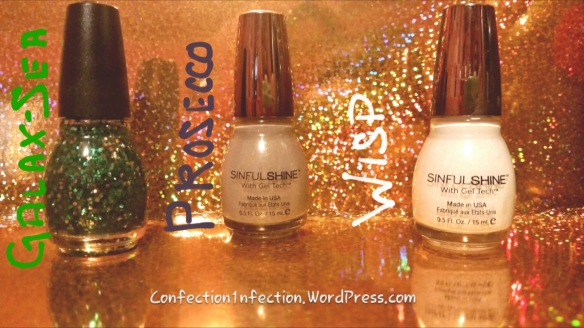 Everyone and their momma’s know that I absolutely adore sinful colors no matter what collection. I was happy to find some of the “Sinful Shine” because it holds true to the collection even before a topcoat! I know they retail at $1.99 but cheaper is still better ^^

Out of the Fergie collection, I’ve only used the gel liner (which ended up replacing my Maybelline Eye Studio gel liner at like half the price with same lasting power). This is just a clear base with a shit ton of colored stars. It’ll definitely be an overlay on a solid.

I hope you guys check out your local areas too and end up with dope finds!

Soon I should be posting up a NYX haul and maybe a few others. I’ve gotten things recently and just haven’t gotten around it em.

Thanks for stopping by!
<3Jdm

Today is the first day of SHOT. No, I am not in Vegas for it but my other half is. I figured, why not do these?
Yes, I am aware of my poorly painted target lol. It’s the cheapest target you can usually get at the range and it’ll get shot up anyway so f it! 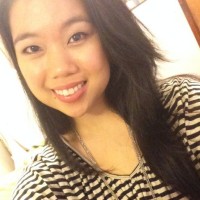